skip to main | skip to sidebar

Wrought Words: On Writing the First Rionnard Tri-Nard (With a Nod to Lewis Turco) 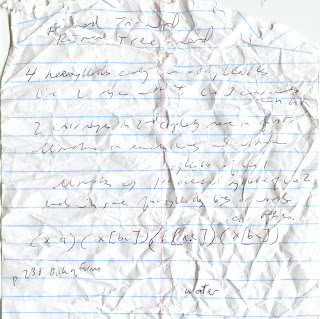 Late last spring, the outlier veteran formalist poet Lewis Turco dropped me an email out of the blue, asking if I'd be interested in writing a poem in an ancient Celtic form called a "Rionnard Tri-Nard."  Generally, an email like this is about the most fun thing I can imagine receiving, so I was prone to say yes, even before I absorbed the form's daunting requirements:

4 hexasyllabic lines ending in disyllabic words
line 2 rhymes with line 4
line 3 consonates with both of them
there are 2 cross-rhymes (end of one line with beginning of the other line) in the second couplet, but none in the first
there is alliteration in each line
the last syllable of line 1 alliterates with the first accented syllable of line 2
the stanza ends with the same first syllable, line, or word with which it begins
Not only was this more different rules than I could ever remember seeing invoked for a single four-line stanza (including my previous record-holder for difficulty, the Awdl Gwyddyd, another Celtic form which I learned about from Lew's classic form handbook The Book of Forms and used for my poem "Brigid"; it seemed as if some of them might almost preclude others, or at least that there would be an extremely narrow shared territory that some of these rules could occupy together.  In short, I was captivated, and when Lew closed his email by mentioning that no-one had ever, to his knowledge, actually used the stanza in English before, the deal was sealed.  I didn't even think to ask why he wanted me to write it.
Though writing it was another matter.  I did discover that it was not a good form for paper; my focus seemed much better when I simply thought about it, preferably with my eyes closed, more preferably still in a dark room.  As my mind wandered in and out of the edges of the form, I began to wonder about the poets who had invented it:  Celtic bards—and the still higher-ranking poets, the "filj" and "ollam"—like those described in Patricia Monaghan's essays on Celtic culture.  Patricia says that the power of poetry was held to be so great by the Celts that in this culture,  poets were respected more than priests; they were the only people who were allowed to wear a certain rainbow-colored robe, the only ones allowed to criticize a king.  Wrestling with this form, I began to get an inkling of the intense mental focus and power these bards must have developed in the course of their poetic labors—one can't say "literary" labors, because letters had nothing to do with it; this form was developed by the poets of an oral tradition, long before written poetry (and yes, you're absolutely right, I shouldn't have written"inkling" either).
So, during various dark nights and quiet moments, I tried, not to write, but to make my Rionnard tri-nard, but it didn't really happen.  It was a busy spring, and life and light and words and screens and print and people and voices had a way of washing out, or drowning out, or flooding, the fragile little roots I was trying to lodge into the rich dark secret earth I imagined nourishing this project.  It wasn't until mid-July, as I was packing to take my daughter on our first hike on the Appalachian Trail together, that things began to change.  I had the idea of copying out the rules on a piece of paper and bringing them with me, and they stayed in the hip pocket of my hiking shorts for four days, ducking through brambles and wading through fetid mud and scrambling up slippery rockfaces.  As I trudged on with my backpack that seemed far heavier than it needed to be, I found that with every step the poem was finally, marvelously, beginning to root in my head, encouraged, perhaps, by my regular footsteps and the solitude they protected, as my daughter and I each found our pace on the trail.
At first, I pulled out the paper once in a while to doublecheck on those crazy rules, but soon enough the growing poem itself became my constant companion, aggregating absurdly slowly in any other context, but at exactly the right speed for our green-infused journey.  It grew about a line a day, passing discarded verbal possibilities through itself steadily, like soil casings through the body of an earthworm, and when I took off my hiking boots at the end of the four days, I had my Rionnard Tri-nard.
After the poem was finished and I wrote it down, I found I missed its growing.  But the first night back,  as I lay in the dark and recited the completed words inside my mind, checking them at first, I suppose, to make sure they were right, at some point I stopped being the poet and became a hearer, and the stanza then, suddenly, gave me something tangible back.  I moved my mind into and out of its turns and patterns, feeling as if I were fingering a Celtic brooch, and a completeness grew inside my mind, something profoundly nourishing that I can still conjure up palpably, the peace that can come from a challenging meditation.


Then I imagined the bards, women and men both, restless minds resting inside caves for long dark nights of silence, turning and turning these patterns over in their minds, no books to read, no other voices awake, just these wrought words, powerful as stones, talismans against despair and frustration, talismans of wisdom and care.
"Rune," it turns out, was not just a whimsical plot of Lewis Turco's to make my life miserable for a few months; I've just learned that the poem will be included in his Book of Odd and Invented Forms, due out next year from University Press of New England.  I'm glad I didn't realize there was any such point to the poem while I was making it (it's a hard habit to break, the habit of using "writing" as the verb for making a poem, but a habit I'm glad to be breaking, and high time too, since so many of my poems are, in fact, not "written" when they first come to me).  I love the thought that the Rionnard Tri-nard came to me as a gift, hard to recognize at first but indeed a gift in the end, a companion on a journey, and a companion in the dark.
RUNE
Ring of words, each woken
By craft, felt past fearing,
Set to sing clear among
Us here, hung in hearing.
Posted by Annie Finch at 4:06 PM

How I love these forms! The fact that the poem came to you while hiking supports the idea of some neuroscientists that we often create our best solutions in motion because we had to come up with the best solutions while in motion as nomadic homo sapiens. Whenever a poem isn't coming as I'd like - I walk.

What a fascinating theory that is, Leah. . . and if you add the rhythm of the poetic cadence into the mix, it makes even more sense. The walking/poetry connection underlies the "Walking, Poems, Buildings" project my students and I did with architect Ben Jacks.
http://www.rc.umd.edu/pedagogies/commons/innovations/IN/jacks.html

i did one too:

I can't wait to try it! Thanks for posting this.

Annie, your Rune is a gift, indeed. Thank you.

American Witch: The Spell of Poetry

Annie Finch
An award-winning poet, author, translator, playwright, critic, editor, teaching artist, and performer of poetry and ritual, Finch is the author of several poetry collections known for their earth-spiritual themes, musicality, and craft, including Calendars, Eve, Spells, and the feminist epic Among the Goddesses, as well as numerous books on the art of poetry that emphasize women’s voices and the spiritual aspects of the art. A graduate of Yale with a Ph.D. from Stanford, Finch has received the Sarasvati Award for Poetry from the Association for the Study of Women and Mythology and the Robert Fitzgerald Award for lifetime contributions to the art and craft of Versification. Her poetry has appeared in The Penguin Book of Twentieth-Century American Poetry and onstage at Carnegie Hall. She offers talks, rituals, and workshops on poetry, poetics, ritual writing, and female-centered spirituality at conferences and gatherings.

Promote Your Page Too